Blue light has been used to treat common skin infections due to its antimicrobial properties, which are similar to those of ultraviolet (UV) radiation, but without the risks of UV exposure.  As bacteria become more resistant to antibiotics and drug side effects get worse, interest in the safe and drug-free modality continues to grow.

“In veterinary medicine, unfortunately we deal with a lot of resistant infections, so we can’t really rely on antibiotics anymore,” Schnedeker said, “and even the antibiotics we do have left can make dogs really sick.”

When she started her residency in 2014, Schnedeker’s faculty mentor Lynette Cole, DVM, MS Diplomate ACVD, and Professor of Dermatology, introduced her to the MR4 ACTIVet, the ACTIVet PRO’s predecessor, which had been recently donated to the school. She was inspired to design a clinical trial when a technician’s dog was using the laser for a lick granuloma, a difficult-to-treat skin lesion aggravated by constant licking from the affected dog.

“We wanted to find a new way to treat this really difficult and frustrating disease, because the research is lacking,” Schnedeker said.

Due to time constraints with recruiting enough dogs for a statistically accurate study, Schnedeker had to forgo the trial for her residency research, but she was still interested in exploring the effects of blue light. After contacting Multi Radiance Medical’s Doug Johnson, Senior VP of Clinical and Educational Affairs, she received the ACTIVet PRO, which has more power and stronger blue light than the original.

The results, however, showed that the blue light did not reduce the MRSP and MSSP bacteria as effectively as the MRSA; at the highest dose, only 21.2% of the MRSP and 11.7% of the MSSP were killed. 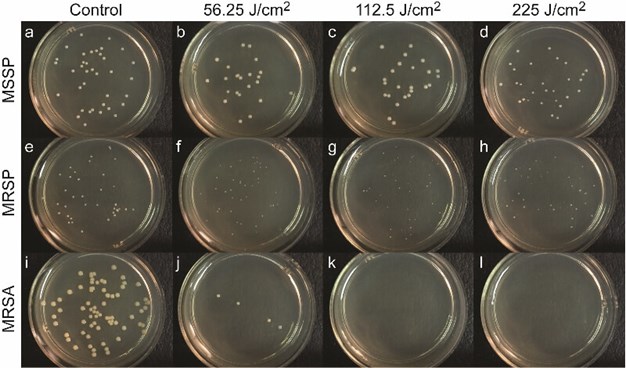 Despite the unexpected results, Schnedeker understands the value of trial and error.

“It’s really important that we found out that in vitro was not successful, so now we can find out what to change or add to make it work,” she said.

A first-time researcher, Schnedeker presented her findings at the North American Veterinary Dermatology Forum in Orlando, Florida in April. Despite nerves about how her research would be received, several people expressed interest in the study after her presentation, and she received an honorable mention for the Basic Science Award. 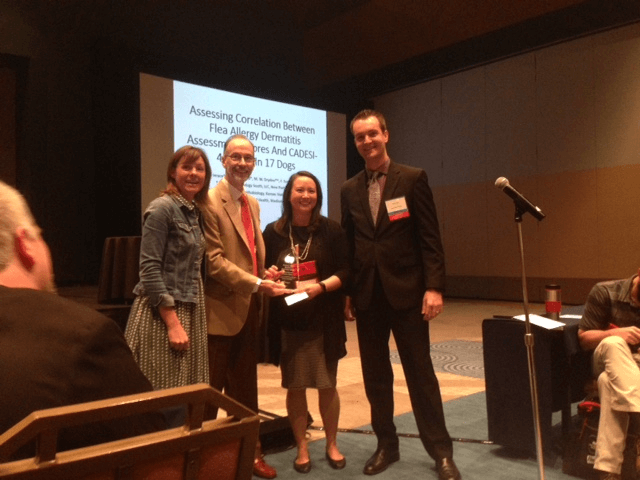 After finishing her residency in July, Schnedeker started her career in private practice at VCA Southpaws in Fairfax, Virginia. Although she won’t be conducting research after she leaves academia, Schnedeker hopes to contribute to the field through clinical trials and potentially taking blue light into practice.

“For private practice dermatologists, if there are new treatments available or medications that you want to enroll your patients on, there are clinical trials available, so I could see myself wanting to be involved with that,” she said. “And it would be interesting to see how far this can go with blue light therapy to take it out into practice and use it in real dogs.”

And Schnedeker knows that research, however it is done, is part of the greater good for the industry as a whole.

“It’s really important for us to figure out some new ways to treat these resistant infections because unfortunately, it’s part of our everyday lives, from general practice up to a veterinary dermatologist. Something like blue light is easy to use and very safe; it’s not going to hurt the dogs and owners don’t have to worry that this is going to damage organs or anything,” Schnedeker said.

“There’s definitely a need for research on these devices and hopefully that will continue in the future of veterinary medicine.”

Schnedeker's blue light study is one of many peer-reviewed studies to test the efficacy of Multi Radiance Medical laser technology. Download Revelations: A Compendium of Research to read abstracts from over 25 research studies and case studies using Multi Radiance super pulsed laser therapy.