Necessity has been called the mother of invention. Such is the case with the remarkable story behind the development of the world’s leading Super Pulsed Laser technology from Multi Radiance Medical. Its roots go back to the late 1970s, when researchers first investigated the use of laser therapy in outer space exploration programs. 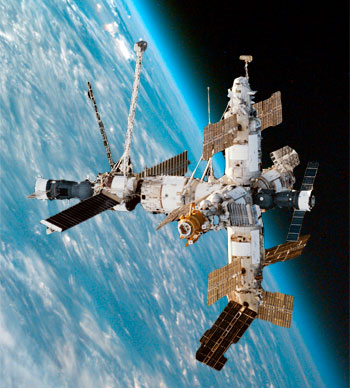 These research projects were not designed to be a business that would make a profit. Rather, they were born of necessity to be able to help space travelers with the inevitable body-jarring injuries and pain caused by the turbulent effects of lift off and reentry into earth’s atmosphere. The constraints were apparent: because of close quarters, the technology had to be compact and could not require an excessive power supply. The space cabin interiors were not modern, and risks were high, especially when performing such feats as connecting to space stations.

In the mid- to late 1980s, much work was being done in the development of light emitting diodes (LEDs) and laser diodes internationally, due to the popularity of laser technology in the global physics community. Although research had been done on an exhaustive range of energy sources (light, sound, radio frequency), the studies performed on laser diodes proved to be the most valuable. This marked the birth of Super Pulsed Laser Technology.

The technology was refined and perfected in clinical use at military hospitals initially, and then extended into public clinics. Here, the power of laser therapy was demonstrated in the treatment of myriad conditions. Treatment protocols were studied and developed based on thousands of patient encounters. The technology continued to be refined while making of a variety of proprietary integrations and synchronizations of multiple techniques in energy medicine.

Throughout the 1990s, laser therapy technology become more readily available to those who needed it. Demand was very high and at first it was hard for production to keep pace. The technology was enthusiastically received and rapidly expanded.

This led to the development of the TerraQuant Super Pulsed Laser in the early 2000s. In 2004, Max Kanarsky, the Founder and CEO of Multi Radiance Medical, became a partner and is responsible for bringing the technology to the United States and Canada.

Since 2004, the company has grown quickly to become a major player in the laser therapy technology marketplace. The company is experiencing unprecedented growth and is rapidly increasing its portfolio of products and the technology has prospects throughout the globe. The company introduced the MR4 Super Pulsed Laser family of products, including the MR4 LaserStim and MR4 LaserShower clinical models and the cordless MR4 ACTIV.

Additionally, the company expanded to the veterinary market in 2010 with the MR4 ACTIVet PRO series, providing safe, proven effective laser therapy solutions to veterinary professionals and animals around the world.

The company prides itself in giving back to the communities that have made it successful, and this can be seen with the amount of investment the company has made in the institutions of higher education around the world. Multi Radiance Medical is committed to be the leading company in terms of research, education, training, technical support, and the advancement of the art of energy medicine.

Multi Radiance values your input and we invite you to become part of our story. Always feel free to Contact Us or call us at 1-800-373-0955.

Request a Quote for Our Story

Please submit the form below and a sales representative will contact you soon with a quote.