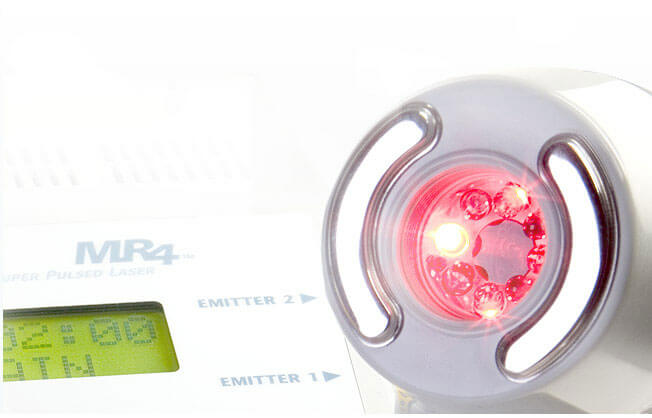 What is true super pulsing?

Do not confuse the “pulsing” of continuous wave lasers with the super pulsed technology of Multi Radiance lasers. Continuous wave “pulsing” is accomplished literally by "chopping the beam", i.e., mechanically turning the laser on and off. This not only limits the power and depth of penetration offered by continuous wave lasers, it also encourages the body to adapt to its effects, limiting its treatment ability.

With Multi Radiance technology, you can super pulse up to 50,000mW of power which is more than most Class IV lasers, yet with a higher degree of safety. The laser and electronic technologies required to use super pulsed diodes are more advanced and the diodes themselves are more expensive than the continuous wave diodes. This is probably why most lasers in the North American market are low powered Gallium Aluminum Arsenide continuous wave lasers. 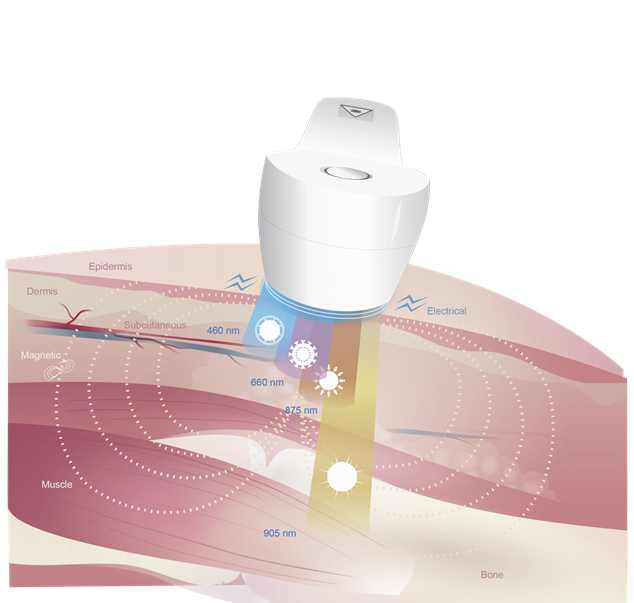 Super pulsing allows for deeper penetration than a laser of the same wavelength that is not super pulsed but has the same average output power. This is because short pulses allow for quick absorption. In addition, the period between pulses promotes a better environment for optimal pain relief.

Super pulsed infrared laser penetrates deeply into target tissues and exerts powerful stimulating influences upon blood microcirculation. In general, laser diodes are either continuous wave or pulsed. The continuous wave diodes emit laser energy for the entire time they are electrically driven, hence the name. They provide a fixed level of power during emission. Super pulsed diodes emit a series (frequency) of radiation impulses with high amplitude in an extremely short duration (typically 100 to 200 nanoseconds). The mean output of power of a Multi Radiance Medical super pulsed laser will increase as the pulse repetition is increased.

Each impulse of the super pulsed laser produces high peak power delivered for a very brief duration. It is the high power level during each pulse that creates the energy density necessary to deliver adequate doses to the target tissue. Even though the pulse peaks at a high power level, there are no thermal effects in the tissue. Therefore, the peak power of a pulsed laser is high compared to its average output power. By using super pulsed lasers, one is able to more effectively deliver higher densities of light energy into the tissue without the associated deleterious thermal effects.

The advanced semi-conductor laser diode delivers higher power pulses of photonic energy in thousands of milliwatts without any deleterious heating of tissue.

Prevent tissue from adapting to treatment with our LaserSweep™ technology. The constant use of the same frequency, as found in duty cycle lasers, can cause the body’s tissue to adapt to the laser’s effects, thus limiting its therapeutic power. Therefore it is necessary to provide variable photobiostimulation to avoid tissue adaptation to the signaling frequency. The LaserSweep technology varies its frequency to prevent the tissue from adapting to frequency pulses.

LaserSweep™ is exclusive to Multi Radiance Medical and utilizes a range of frequencies that “sweep” from highest to lowest (from the fixed end points) during treatments. By varying the “frequencies” each laser impulse effectively changes the laser’s target depth of penetration. It is, in essence, “scanning” the target tissue from superficial to deep. Changes in the frequency not only impact the depth of the energy, but also the rate at which the energy is delivered. The combination of the “variable” depth and dose rate reduces risk of biological adaptation to treatments. No continuous wave or high powered Class IV laser can ever attempt this.

The LaserStim™ is the first and only FDA-cleared device to combine neuroadaptive electrical stimulation and laser in a single emitter, which allows clinicians to quickly locate and automatically deliver the appropriate energy dose to the affected areas. The LaserStim’s™ Treatment Area Recognition and Guidance Enhanced Technology™ (TARGET) provides an interactive neural stimulation by constantly measuring electroconductivity of treated tissue.