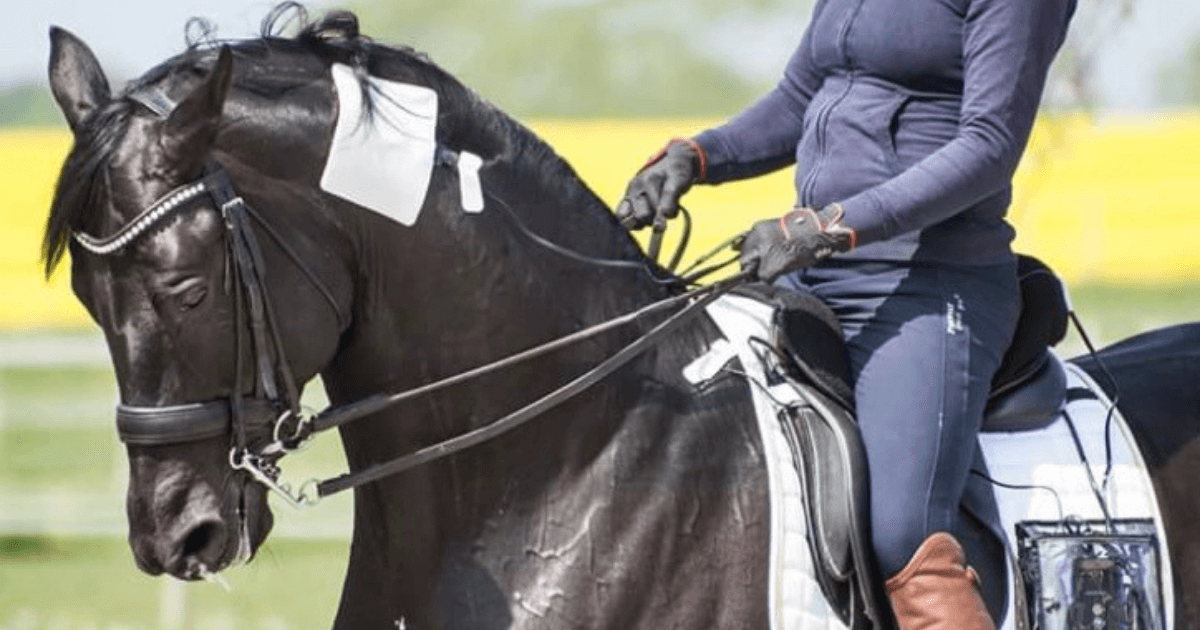 Two-legged athletes have long had the advantage of the latest and greatest advancements in sports medicine to restore, improve, or maintain their sports performance. Now your veterinarian and your healthcare professional can offer the same care that injured two- and four-legged professional athletes receive to get back in the game quicker and with a better recovery - thanks to innovative laser therapy.

Showjumping is an Olympic sport where the horse and rider are intricately entwined, blending their talents into one incredible athletic machine that requires strength and expertise from both. Not only are the jumps difficult, but they must also compete against the clock, placing extreme demands upon their musculoskeletal system. Injuries often take place and can sometimes be severe enough to be career-ending.

Names of riders and horses are confidential at this level of competition and thus cannot be used, but all of the following depict actual cases. A ten-year-old showjumping mare injured her right front leg during a competition. The injury made further competition questionable. In addition to joint mobilization and exercises, the Multi Radiance Medical ACTIVet PRO Laser was used on her two to three times daily. Within a few days, she was able to return to the competition and actually won the Grand Prix in Wellington, Florida against a field of 45 international competitors.

“Multi Radiance laser treatments were an integral part of the treatment and success for this showjumper. Both the vet and physical therapist felt this horse would not have been able to compete if the laser had not been available and utilized,” says Sharon Classen, PT, ATC, CERP of Serenity Physical Therapy in Omaha, Nebraska.

With over 38 years of experience at the highest levels of competition to her credit, Sharon first began her career working with people as a physical therapist, focusing on sports medicine and rehabilitation. She has since become a pioneer in bringing sports medicine and physical therapy to both equestrian and equine athletes. She has treated athletes at World Cup competitions and was the head physiotherapist at the World Equestrian Games in 2018.

Sharon is a big proponent of modalities that are proven to work and says she regularly incorporates the therapeutic benefits of laser therapy to treat both humans and animals. The FDA has cleared laser therapy for both healthcare professionals and for people to use in the comfort of their own home to treat a wide range of medical conditions such as back pain, muscle spasms, arthritis pain, joint pain and muscle strain for animals, pets, and of course, adults. It is oftentimes a safer alternative to drugs and surgery.

Certain Super Pulsed Lasers are FDA-cleared as equivalent to over-the-counter safe, a Class 1, and can be a handheld device that is applied directly to the skin of the affected area from anywhere from 30 seconds to several minutes (depending upon the condition and target tissue to be treated). It uses a beam of focused light that stimulates tissue repair, reduces inflammation, and increases blood flow to kick start the healing process of an injury. Laser therapy provides non-invasive (no surgery), drug-free relief.

For example, another 56-year-old rider has been competing in showjumping for nine years. He suffered a tremendous injury at a very high level event when his horse fell on top of him, injuring his leg. In addition to severe pain, his leg was so swollen he couldn’t even put on his boot, which made it impossible for him to continue competing.

Multi Radiance Medical Super Pulsed Laser Therapy was used immediately to treat his injury. Within just one day, almost all of the swelling was gone so that he was able put on his boot and to return to competition two days later. “It’s very difficult to return athletes with these types of injuries this fast to competitions. His recovery was definitely accelerated by laser therapy,” says Sharon.

Getting back in the game includes finding innovative ways of non-invasively analyzing patients and the stages in their recovery during rehabilitation. Multi Radiance is engaged with Writtle University College for equine physiotherapy in the UK. Together with PhD student Waqas Ahmed from the University of Copenhagen, they’re utilizing an emerging tech named CURO.

CURO is a patented combination of extremely sensitive  piezo-ceramic sensors and data management software that monitors muscles, tendons and ligaments in real time by measuring the vibrations generated or absorbed by tissues. The recorded vibrations are transmitted wirelessly to an iPad and presented in real-time graphically, enabling the user to evaluate changes non-invasively.

For physical therapists and veterinarians, locating problem areas with CURO and then treating with Multi Radiance Super Pulsed Laser Therapy could prove to be immensely valuable for helping both riders and horses heal more completely and get back into competitions faster. 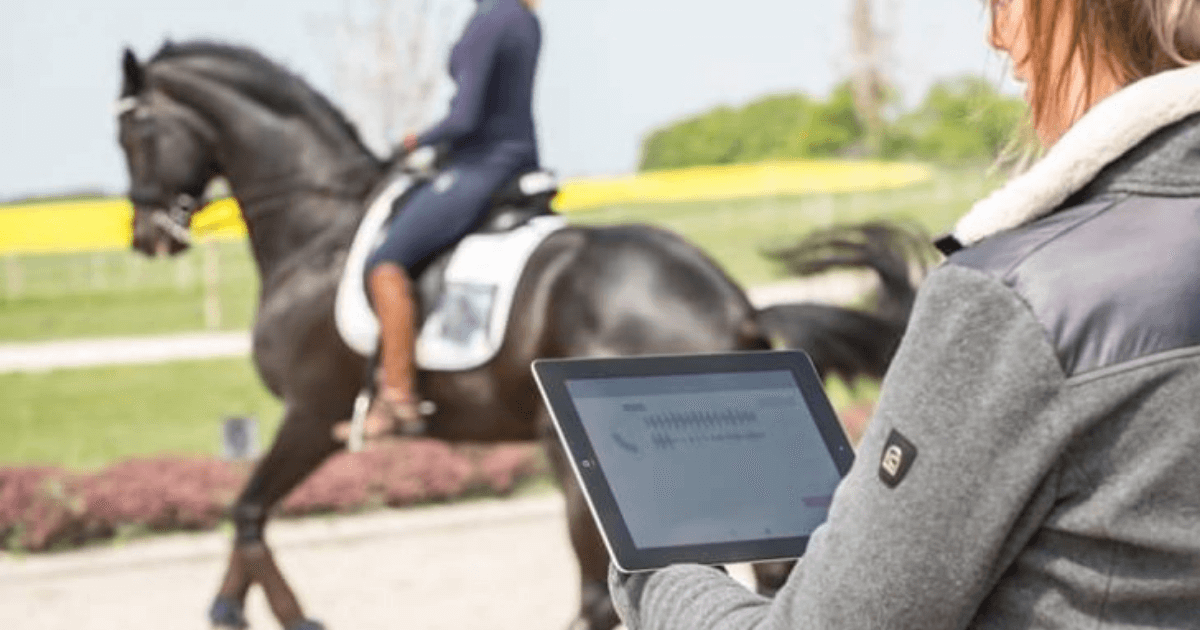 "Since launching our veterinary division in 2010, we've been asking questions of the top experts to develop the most optimal and safe wavelengths and frequencies, and the most compact durable cordless designs. It’s how we have become a top choice of professionals around the world,” says Max Kanarsky, President and CEO of Multi Radiance Medical. “We’re grateful now to have University of Copenhagen PhD candidate Waqas Ahmed working closely with Writtle University College to combine CURO’s analytical capabilities with our Super Pulsed Lasers for greatly improving therapeutic outcomes.”

Anyone with pain, whether acute or chronic, should investigate to see if non-invasive, non-side-effect-producing, evidence-based alternatives exist. Advances in therapeutic technology are making this modality a popular alternative pain relief method for clinicians, competitors, and everyday people.

To find a Multi Radiance laser therapy provider near you, please call 800-373-0955 or Contact Us.

Sharon Classen, PT, ATC, CERP, graduated from the University of Nebraska Medical Center in 1981 and has worked for over 38 years in Orthopedics and Sports Medicine. She took additional training and received her Certification of Equine Rehabilitation Practitioner from the University of Tennessee. She is also a Permitted Equine therapist for FEI events. Her past work experiences include working at the Olympic Training Center in Colorado Springs, the University of Nebraska Cornhusker’s dynasty football program,  NCAA sports, and private orthopedic and sports medicine practices. Her current practice, Serenity Physical Therapy, involves working with Equestrian and Equine Athletes throughout the United States and Internationally, both at the national and FEI levels.

Established in 1893, Writtle University College has been producing leaders in the land-based industries and organisations for more than 120 years. One of the oldest specialist institutions in the UK and offers a range of land-based, design and sport courses at various levels of academic study including Postgraduate, Undergraduate, Further Education, Short Courses and Apprenticeships. Writtle University College also provide students with the options of being able to study certain courses on a part-time basis.

Established in 201 after 2.5 years of testing with a Veterinary Clinic in Hørsholm, Denmark as well as trials with Marathon runners in Copenhagen, they started commercial production of the CURO four years later. The precision of the instrument compared with surface electromyography for example is unquestionable. The CURO captures the muscle contraction signals generated during physical activity and record them via special piezo-ceramic sensors and algorithms developed through research over the past 15 years – thus enabling a totally new and innovative way of following muscle function in real-time. The CURO unit translates this research into an analysis system that is convenient, robust, miniaturized and easy to use in the field.

Go to Press Room
As seen in: